Show me your bag 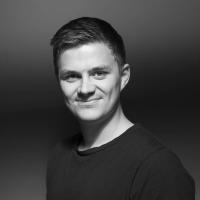 By Mark Vesterskov,
February 19, 2012 in Equipment

I'm unhappy with bags. Access to things is cumbersome and I don't care for zippers. I didn't want to go the 3D printer route. So I thought I would see what I could do with Kydex to make access to ever

Not perfect but that’ll get me started on the nova. New custom bag with magnets✔️ Nova with wings ✔️ Headphones to the right and boom to the left ✔️ 3d printed Solid Battery sled ✔️ Stands u