By Richard Thomas,
September 4, 2013 in Equipment

I have a friend who as a C preamp and I have a B preamp. We ran into the same problem but for us it was with wind. Any excess low end would saturate the preamp and distort it easily. We also tought th 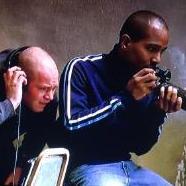 I'll try to ask where i bought it. in the meantime if anyone else like to chime in, feel free!