Booming with a cloth cable 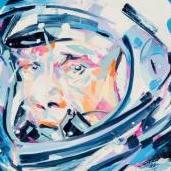