I have had mine for a month or so. I have used it on my boom, with the Rycote Inv 7 suspension indoors using the XLR Barrel to lengthen it!, as well as plant mic in cars, and interior plant mic. 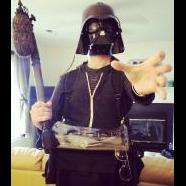 I normally swing the CS-3e for my doc work. (I love that mic dearly— It replaced over a decade of MKH416 adoration.) However I really wanted something lighter and smaller. I tried the MKH50 for a few

Here is a post I made in another thread.    Today we have given the CS-M1 a really good run. I did a scene where we swung the on camera with the Sanken and then the off camera with the MKH 5