Audio Limited A10 for talent.

I just wish we could move away from expressions like „insanely great audio“. This kind of hyperbolic rhetoric really is not going to help anyone.  And in my personal opinion there is not one sing 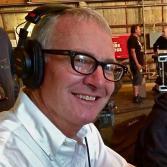 Well, I’ll respond to the original questions first. First, I use lithium AA batteries, so no comment on whether or not rechargeable batteries get hot. I’ve not noticed the A10 transmitters gettin

I normally wouldn't jump into a thread where users are asking other users about a particular piece of gear, but since Jeff and Glenn from Zaxcom (a direct competitor) jumped here, so will I.