timecode Sync in video production, why Timecode isn't enough to stay in sync! 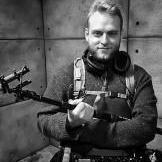 By henrirapp,
May 5, 2020 in General Discussion