How do you record a band jamming live? 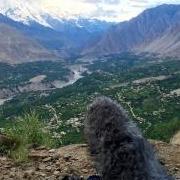