Nah, use the limiters that the F4 has already, err on the side of caution with setting the gain, pay attention to rehearsals, and run a safety track for the boom, and you'll be fine.  And with the 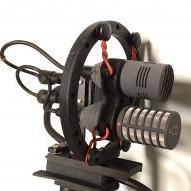 I thought the white screen of death was affecting only early serials!   What do you have that needs the +4 output? I am trying to find a reason that I will need that in the future.