By Trey LaCroix,
September 4, 2018 in Equipment 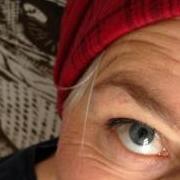 I made a housing (3 mm cardboard) for the M2D2. One side is as short as the machine is, the other three sides are longer to fit the bag and to protect the connectors.

Using the Iphone8 as recorder with TW Recorder (96khz and monitor flip enabled App).   Hope Tentacle will come out with an upgraded App.

Greatings from Niger. Here a lot of wind and dust. But some of the most beautifull places I've seen.     CCM8, CCM41, Cinela Léo, Sonosax M2D2 on the Sony A7s3 camera